Year-end census at the Viper Centre 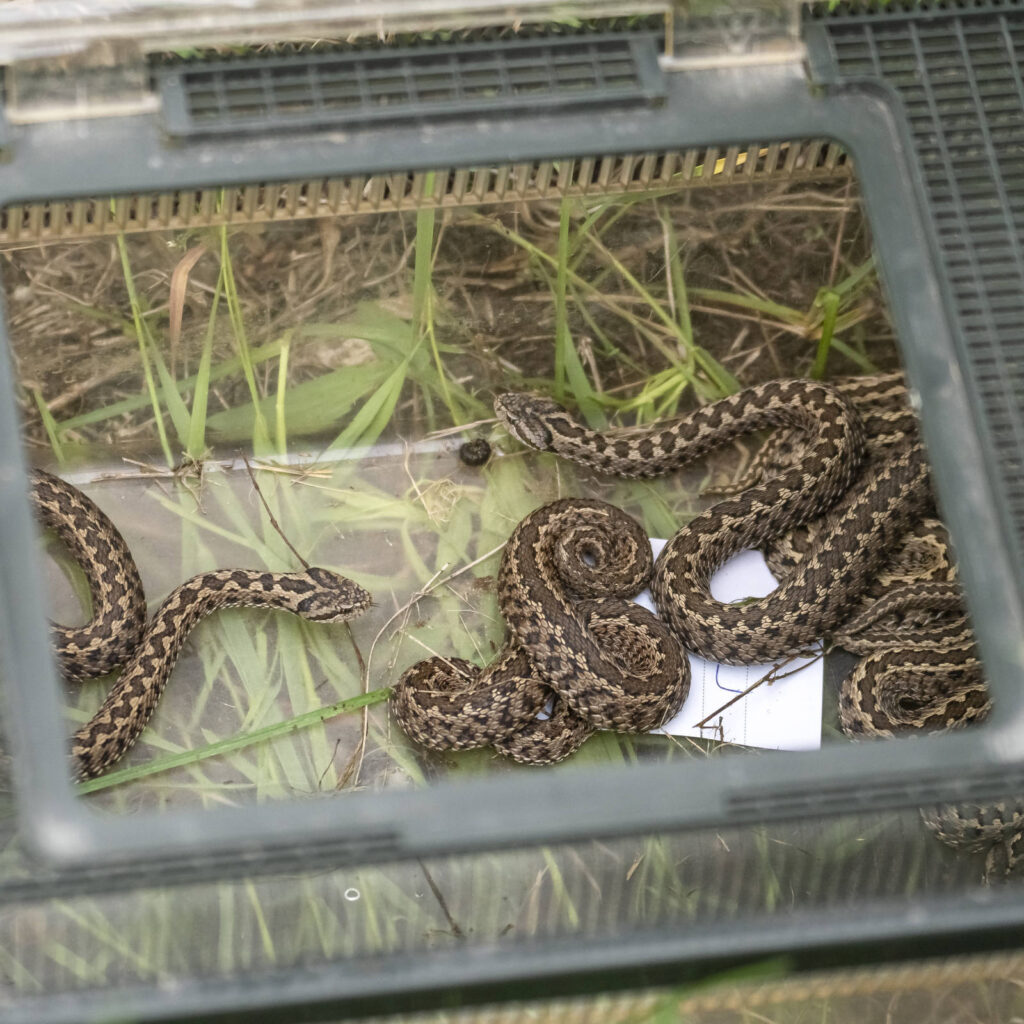 As winter approaches, the snakes retrieve to their artificial burrows to spend the next few months hibernated underground in the Centre’s outdoor terrariums.

GPS tracking of buzzards at the viper habitats in Kiskunság

Record numbers in breeding at the Viper Center 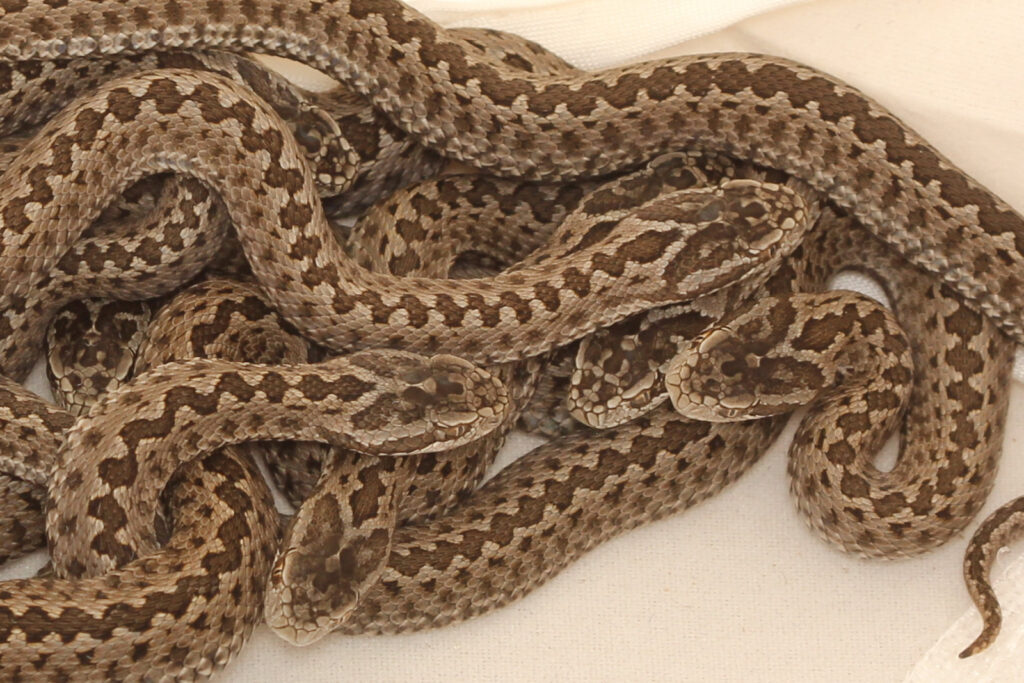 By the end of this spring we finished the rebuilding of outdoor terraria in the Hungarian Meadow Viper Conservation Center, and thanks to the doubled “capacity”, we were able to arrange even more breeding pairs. 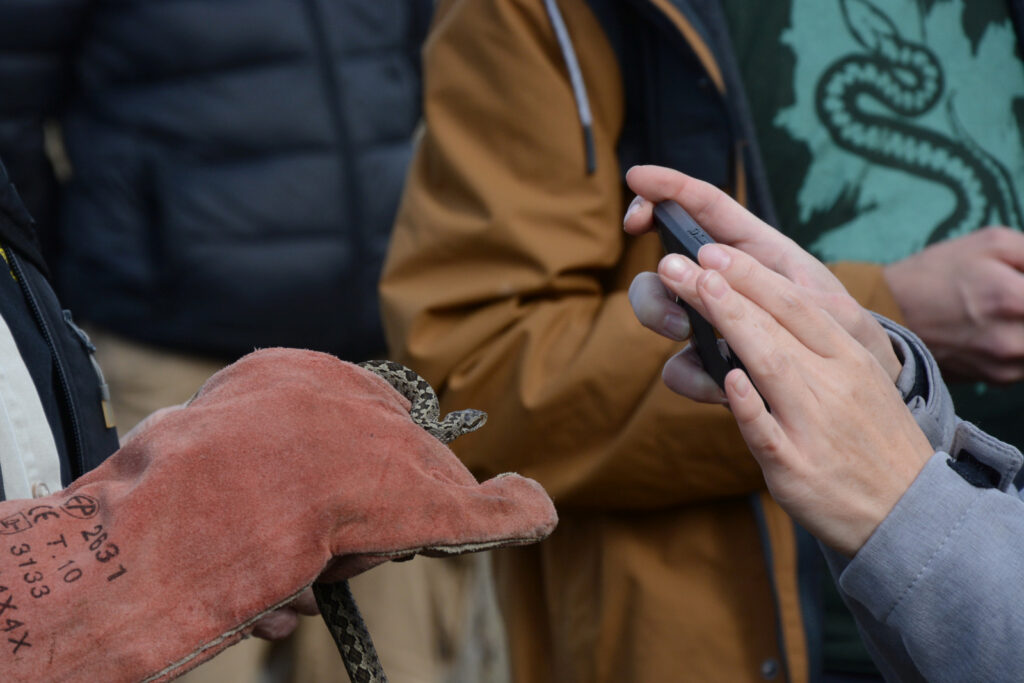 First Saturday of September is the Hungarian Meadow Viper Day. As always. After two years break this traditional event was organized again.

Reintroduction of Hungarian meadow vipers in the Kiskunság area 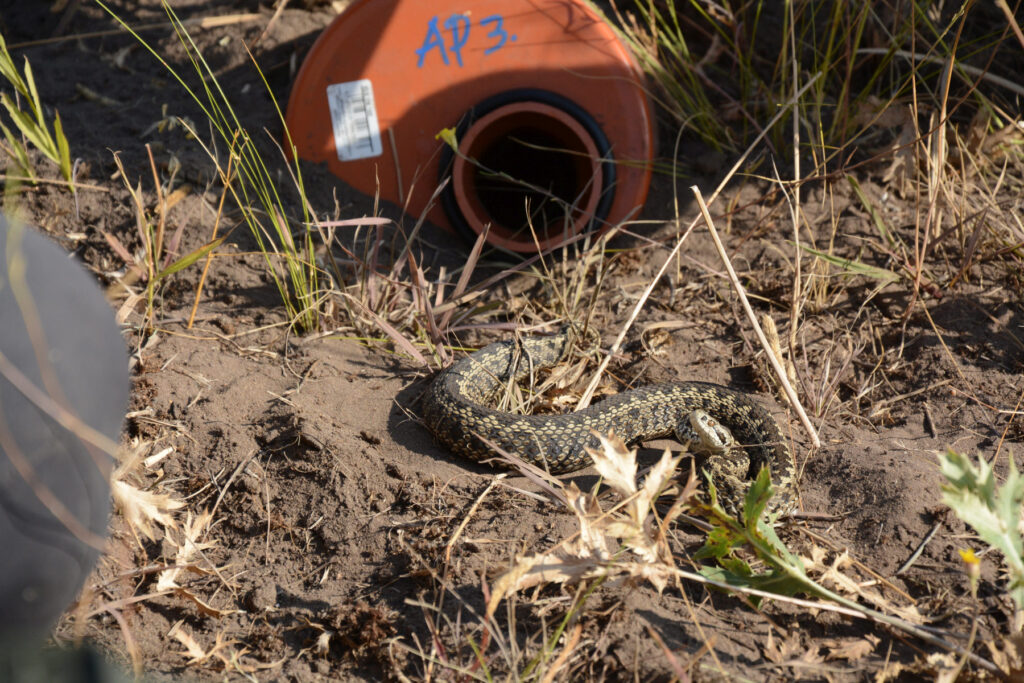 At the end of July we released a total of 50 meadow vipers into two grasslands of the Kiskunság National Park that are – based on previous research – considered to provide suitable habitat conditions for the snakes. 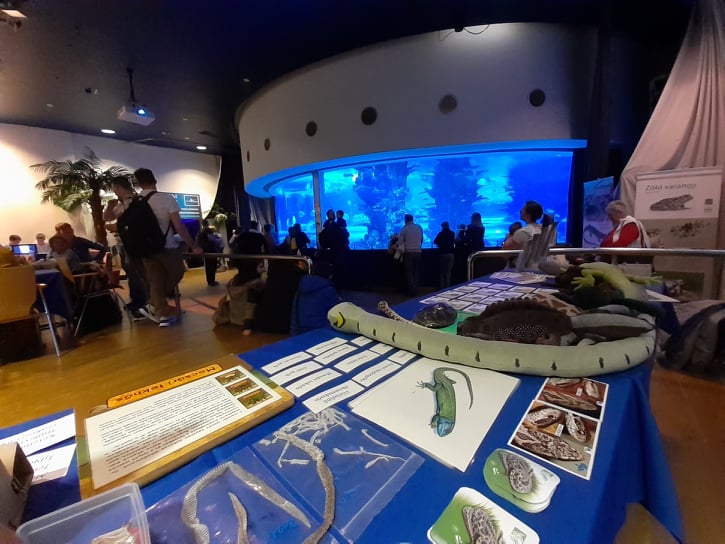 With the arrival of spring, we took part in several events promoting the project and Hungary’s herpetofauna.

First meadow viper of the year 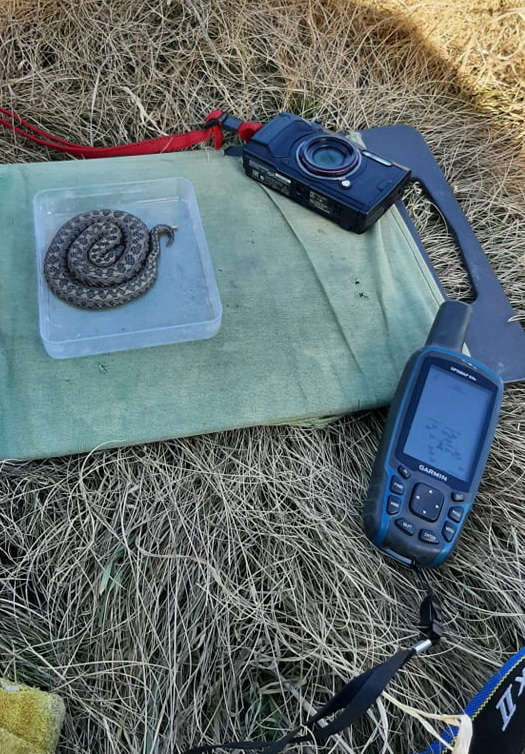 Although February is officially winter, as a result of today’s warm, springlike weather this year’s first viper came out from its burrow on one of the sites in Hanság. 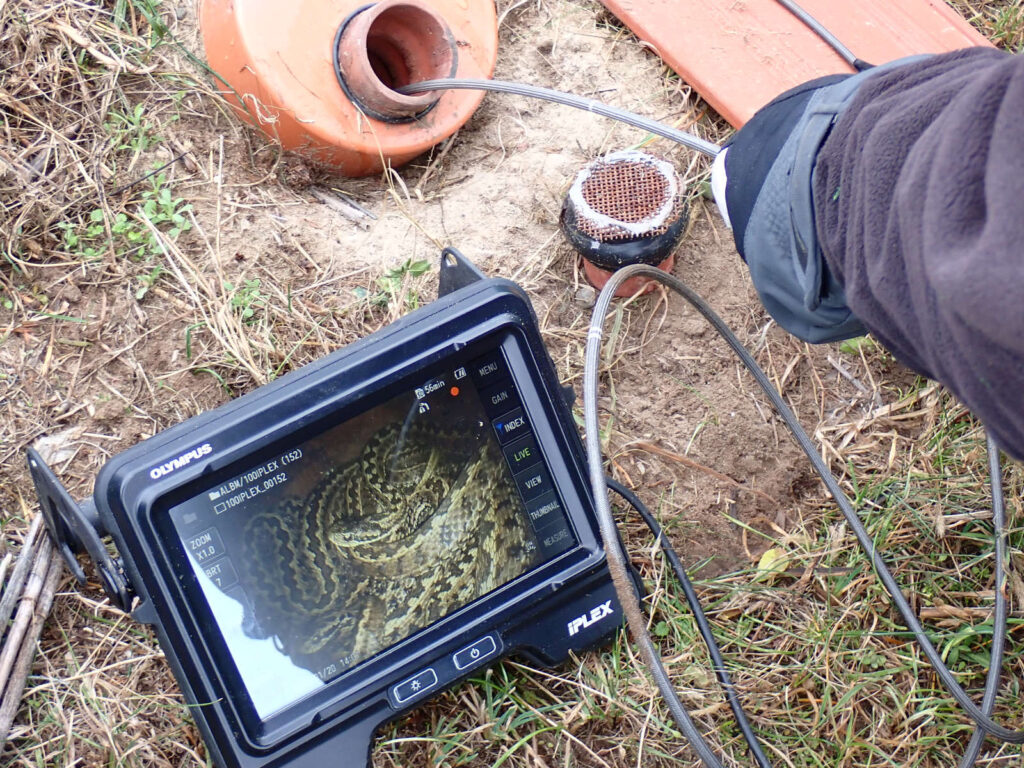 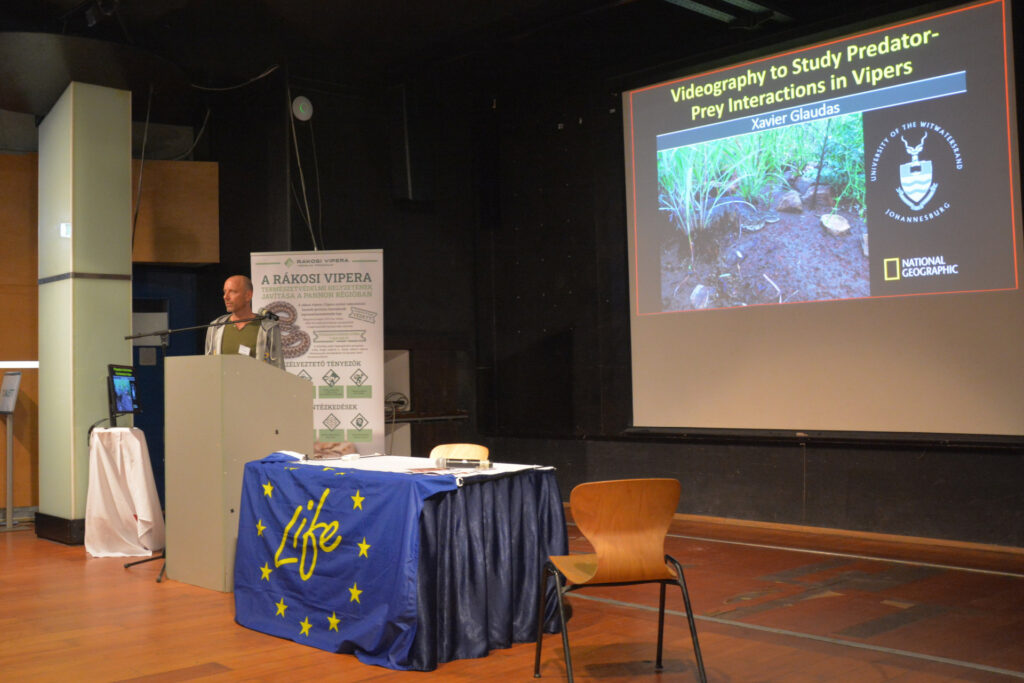 On the 15th and 16th of October, 2021 the Opening Workshop of the ongoing LIFE project was held with more than 60 participants, although due to the global pandemic it occurred one and a half year later than it was planned. 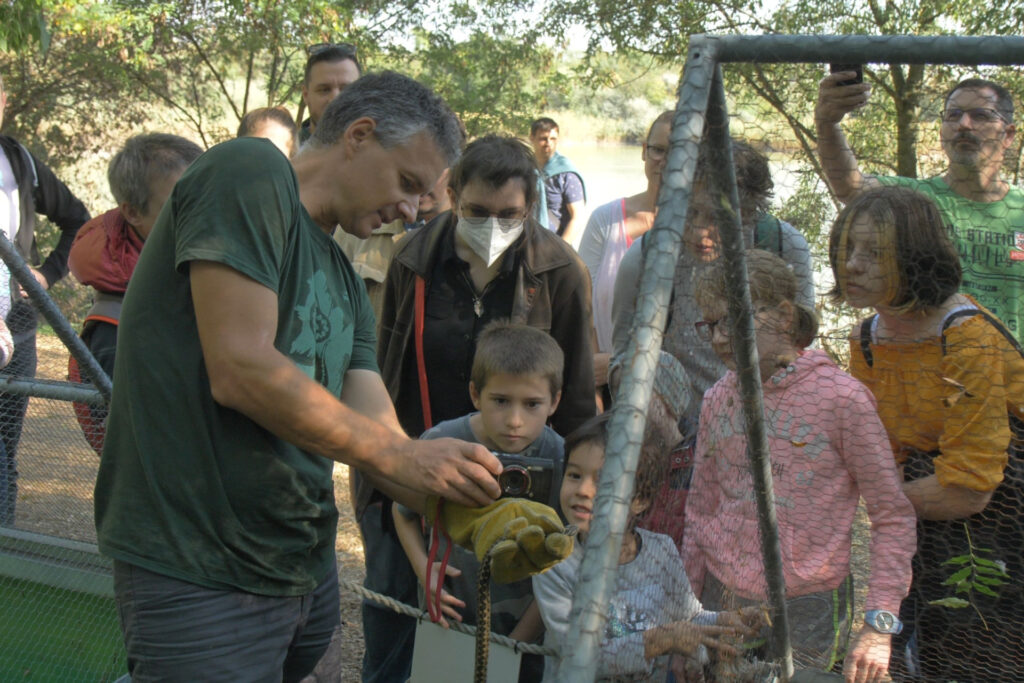 On World Animal Day we presented our species conservation program in several locations: in Budapest Zoo and in Szeged Game Park. At Budapest Zoo with the help of puzzles, quizzes and our mobile exhibition those interested could get a closer look not only the Hungarian meadow viper, but also the amphibian and reptile species of Hungary.

Hungarian Meadow Viper Project (LIFE18 NAT/HU/000799) is funded by the European Commission’s LIFE fund and the Hungarian Ministry of Agriculture.

All content on this site
is copyrighted by BirdLife Hungary.